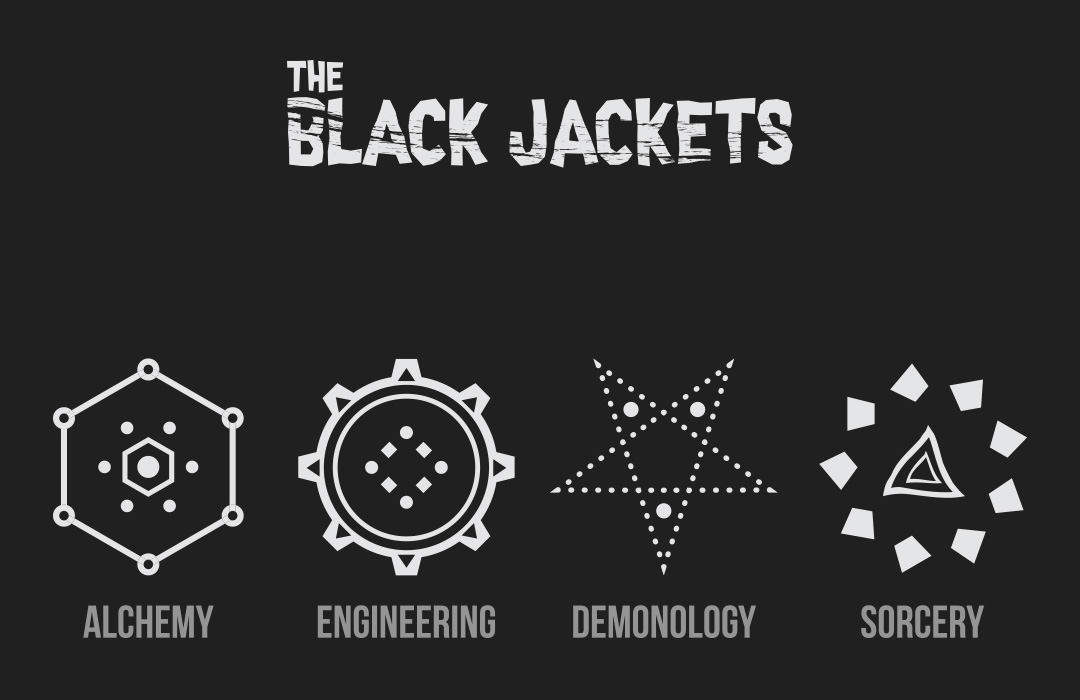 We worked with the creator of The Dragonfly comic to create brand new imagery for a new comic coming soon titled “The Black Jackets”. The Black Jackets is about a group of teenagers that harness the powers of alchemy, engineering, demonology, and sorcery in order to defeat the demons that lurk the planet.

The creators of The Black Jacket comic wanted a logo that was “punk, jagged, and a little bit hardcore”. We took their vision of teenagers ridding the world of demons and ran with the design. The logos for the different disciplines they use to fight the demons needed to be simple but distinct from each other because in the comic they are embroidered on their jackets.

The final outcome is a project that we an absolute joy creating and the comic designers loved. If you have a project that you think we could help with, please contact hello@raveka.com.

UPDATE:
We’re happy to update this post and say the Black Jacket’s has been fully funded on Kickstarter! Congratulations to the author Michael Tener, artist Francesco Tomaselli, and everyone else involved in this wonderful action horror comic book series. The kickstarter for the Black Jackets Issue #1 is available until April 20th, 2019.